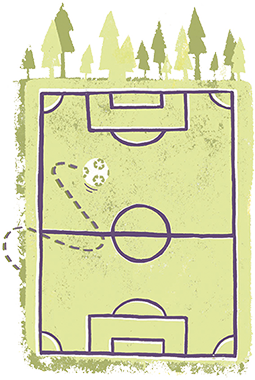 Australia alone has two million hectares of working forests and growing. That equates to over 1,000,000 MCG’s inland area covered!

In Australia and New Zealand, paper comes from managed regrowth forests or planted forests where the cycle of planting, growing and harvesting is carefully controlled.

With the increasing standing volume, the amount of carbon sequestered has also increased to 454m tonnes in 2012. 94% of the plantation forest estate is in some form of private ownership, with the principal management objective being the commercial production of timber construction, not paper supply.

Australia has 134 million hectares of forest, covering 17% of Australia’s land area. Australia has approximately 3% of the world’s forests, and globally is the country with the seventh largest forest area.

Australia’s forests can be divided into three categories:

Australia’s State of the Forests Report, 2018

Australia’s forest area has increased progressively since 2008. The net increase in forest area over the period 2011 to 2016 was 3.9 million hectares.

Australia’s State of the Forests Report, 2018

Over 90% of Australia’s commercial native forest operations are independently certified to comply with the world’s best sustainable forest management practices. This is compared to the global average of 8%, meaning Australia is a leader when it comes to ensuring the sustainability of forest practices