Our very own Martyn Eustace was presented with the Paper Industry Gold Medal at Stationers’ Hall, awarded annually to a person considered to have done most to further the interests of the paper, print and allied industries in the UK. 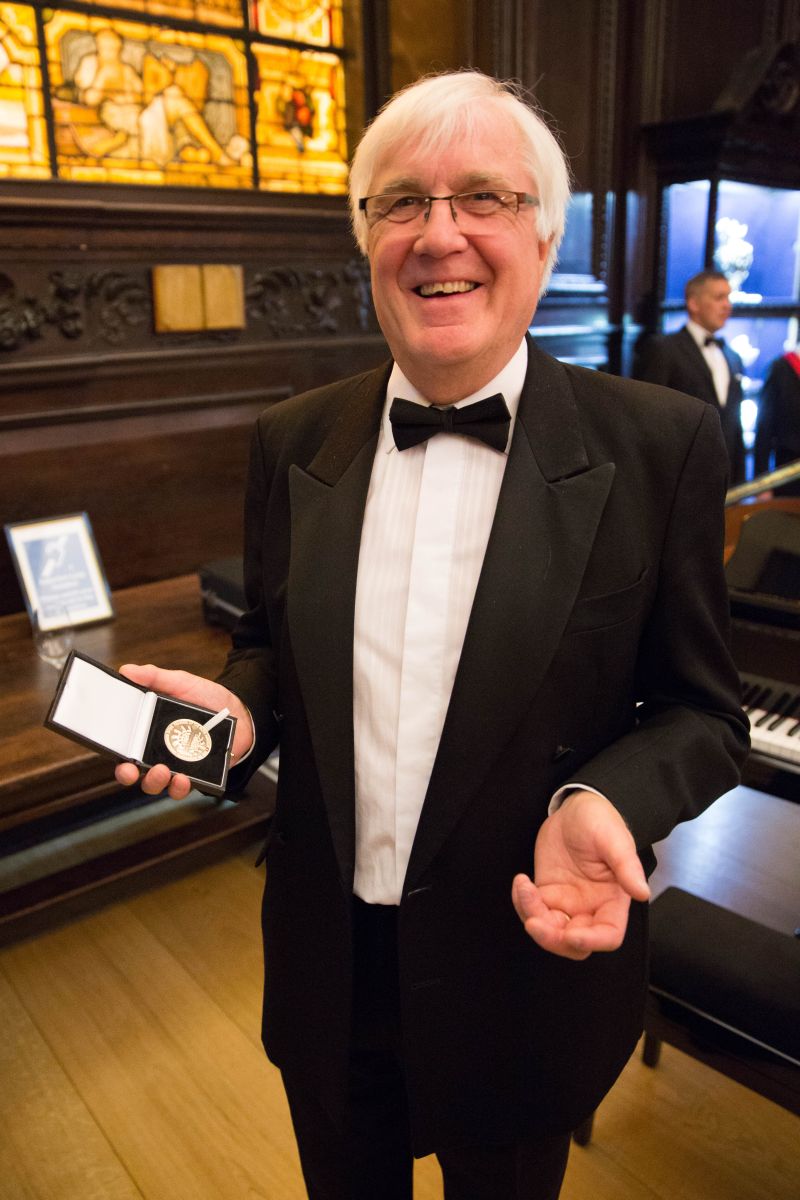 Martyn’s leadership of the “Two Sides” campaign in the UK, then Europe, and finally at a Global level has been exceptional. Martyn’s hard work, persistence, and fluency in his subject are an inspiration to all, and the foundation on which the success of Two Sides has been built. He was the driving force to start it up and it has been extremely successful over the last 10 years. He has tirelessly confronted the greenwashers and has been a real force behind improving the industry’s environmental image. He is relentless in his enthusiasm and realistic about what can be done.

During his long career in the paper industry, Martyn has gained a wealth of experience having held a variety of senior management positions. After a period in paper manufacturing with Canadian paper group Domtar, Martyn moved to distribution as CEO of Howard Smith Paper and then later CEO of Premier Paper Group.

Martyn is Managing Director of Newvizion; an independent marketing consultancy and the founding director of the sustainability organisation Two Sides. He is also currently the Managing Director of Print Power Europe; an initiative to promote the sustainability and effectiveness of the Graphic Communications Value Chain. Amongst other positions held, he has been a member of PwC’s UK turnaround panel and been President of the UK Paper Industry Charitable Trust, President of the NAPM; (UK National Association of Paper Merchants), member of the Board of EUGROPA; (the European Paper Merchants Association), and a council member of PRIMA.

The Gold Medal was formally presented at the Charter Dinner of the Worshipful Company of Stationers and Newspaper Makers at Stationers’ Hall in the City of London on the evening of Wednesday 3rd May 2017.

About the Paper Industry Gold Medal:

The Paper Industry Gold Medal was established in 1966 by “The World’s Paper Trade Review” magazine which was published by Benn Brothers and edited by Eric Haylock (himself the winner of the Medal in 1986). The magazine later became known as “Paper” and the publishers continued to sponsor it until 1993. It is now administered by the Paper Industry Gold Medal Association whose membership comprises all holders of the Medal together with representative members from a number of the industry’s Trade Associations.

Nominations are sought annually in the Autumn and the award is made early the following year.